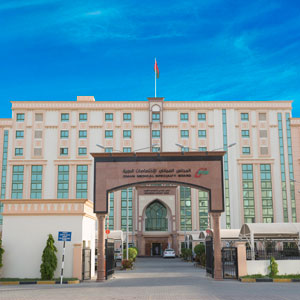 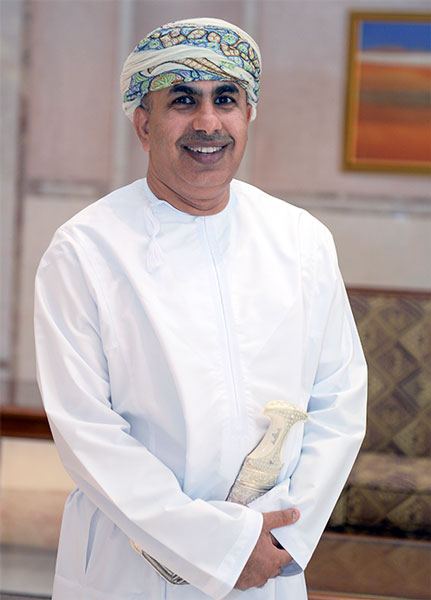 Dr. Hilal Ali Al Sabti has been the Executive President since May 2015 at Oman Medical Specialty Board (OMSB) while also handling the post of Senior Consultant Cardiothoracic Surgeon at Sultan Qaboos University Hospital.  A goal-driven and result-oriented individual, Hilal Al Sabti approaches professional challenges with his fundamental instincts for innovation, ingenious problem-solving, measured risk‑taking to infuse consistent progressive advances in both his medical and administrative profession.

Hilal Al Sabti earned his MD from Sultan Qaboos University, Muscat, Oman and did his General Surgery Residency in the same university.  Motivated by his passion for the profession, he committed himself for full residency training in Cardiac Surgery at McGill University, Canada while also obtaining a Master of Science degree in Experimental Surgery.  He continued his professional development by a fellowship in Minimal Invasive Cardiac Surgery at Hamburg Eppendorf University Hospital, Germany. After earning his degrees from highly regarded universities, Hilal’s career took a ten-fold leap in responsibility, clinical and administrative alike.  He was the pioneer and the linchpin for the establishment of Cardiothoracic Surgery Division in Sultan Qaboos University Hospital – a division he spearheaded from 2006 to 2015.

He also held the post of Deputy Director General for Clinical Affairs of Sultan Qaboos University from 2010 to 2013, paving his involvements in many collaboration visits to strengthen the University’s liaison with other universities worldwide for training, education and research.The highly-skilled surgeon that he is, Hilal Al Sabti, has as part of his career milestones several “bucket list” surgical procedures including a Thora-CAB (Multiple Vessels Grafting through Thoracotomy) procedure – the first time to be performed in the Middle East.
In 2015, he again led a Team that successfully implanted a valve inside a valve in the aortic and mitral valves of a pregnant woman through a catheter – another first of this kind of surgery worldwide.

Hilal Al Sabti, is also a Member of numerous international and local associations such as Cardiothoracic Surgery Network (CTSNET), Royal College of Physicians and Surgeons of Canada and a founding member of the World Society of Pediatric and Congenital Heart Surgery to list a few.  His passion roots from the desire to serve the Sultanate and this is displayed by his various community service involvements through charity projects, educational talks, health awareness campaigns and participation in Ministry of Health, Sultan Qaboos University Hospital and OMSB Committees. Through it all, Hilal Al Sabti, repeatedly proved his ability to lead through diverse and challenging situations and received the Distinguished Physician in Sultan Qaboos University award for year 2008-2009.

Scholastically, Hilal Al Sabti is very determined, having presented in numerous local and international scientific and meetings and workshops.  He also has numerous publications in peer-reviewed journals and is currently working in four (4) research groups with the intent of continuous publications. As the Executive President of Oman Medical Specialty, he is an innovative and visionary leader, an agent of change and opportunities, who has a documented track record of accomplishments and the aspirations to improve the quality of healthcare in the Sultanate.